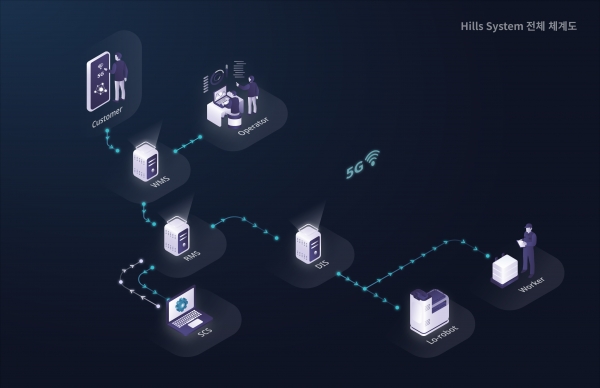 In the midst of these three-high (high prices, high exchange rates, and high interest rates), the domestic robot industry, which has a weak industrial base, is making efforts to catch two rabbits: survival and growth.

Hills Robotics announced that it was selected as a TIPS company in November last year and was recognized as a “TI-2 technology grade” by NICE Credit Rating in November this year.

This is the highest level of technology that start-up companies or venture companies can receive except for listed companies, and Hills Robotics took this as a stepping stone to enter the global market in 2022 and achieved meaningful results.

Hills Robotics has Solomon, an artificial intelligence-based autonomous driving all-around platform that can be applied to various types of robot implementations.

In particular, Solomon is a customized autonomous robot operation software that has the meaning of Solution On Demand and is called Bispork of a kind of robot operation platform. Using these robot platform leading technologies as stepping stones, they entered the global market and were recognized for their differentiated technological competitiveness.

In addition, it was selected as the 2022 Korea Robot Company of the Year organized by the Korea Robot Newspaper with the sponsorship of the Ministry of Trade, Industry and Energy and the Korea Robot Industry Promotion Agency, and its technology was recognized in Korea. 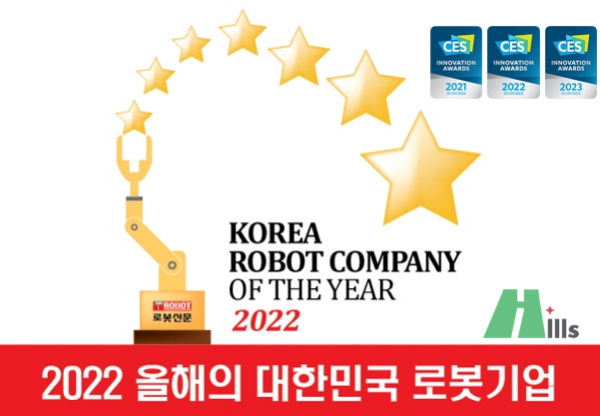 Hills Robotics CEO Park Myung-kyu said, “Hills Robotics has been able to achieve significant results in various fields of the global market, which is difficult for leading companies, by using ‘Outside In Strategy’ focusing on Korean robot technology.”

In addition, it promised to carry out various cooperative projects to join forces in the cooperative industry that supplies various robots to Juju Land, a robot amusement park located in Goyang.

In particular, next year, in recognition of his experience of participating in CES in collaboration with KAIST’s URL Research Institute and winning the CES Innovation Award for the first time as a startup company for many years, he will be invited as an exhibition company at the Robot Special Hall.